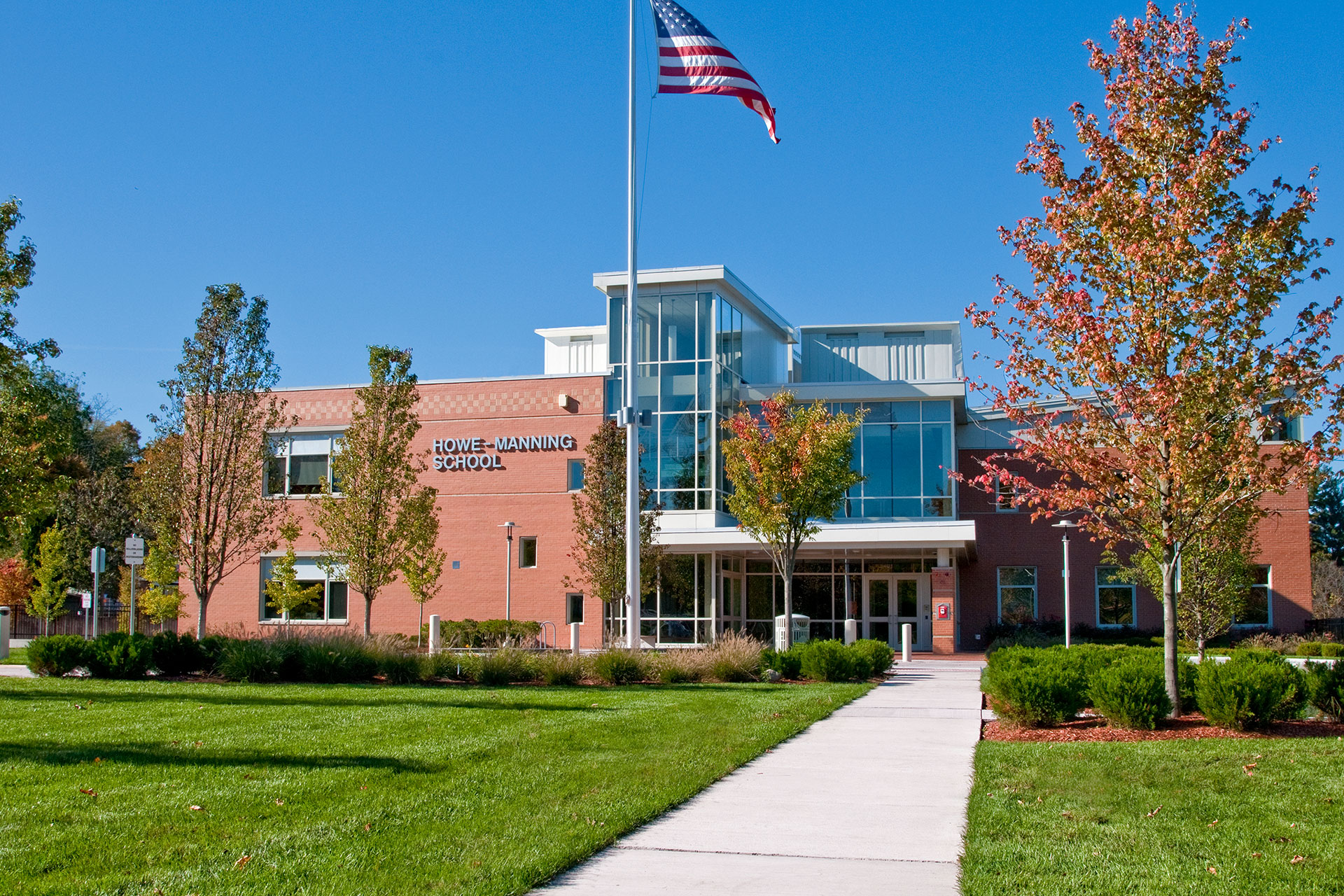 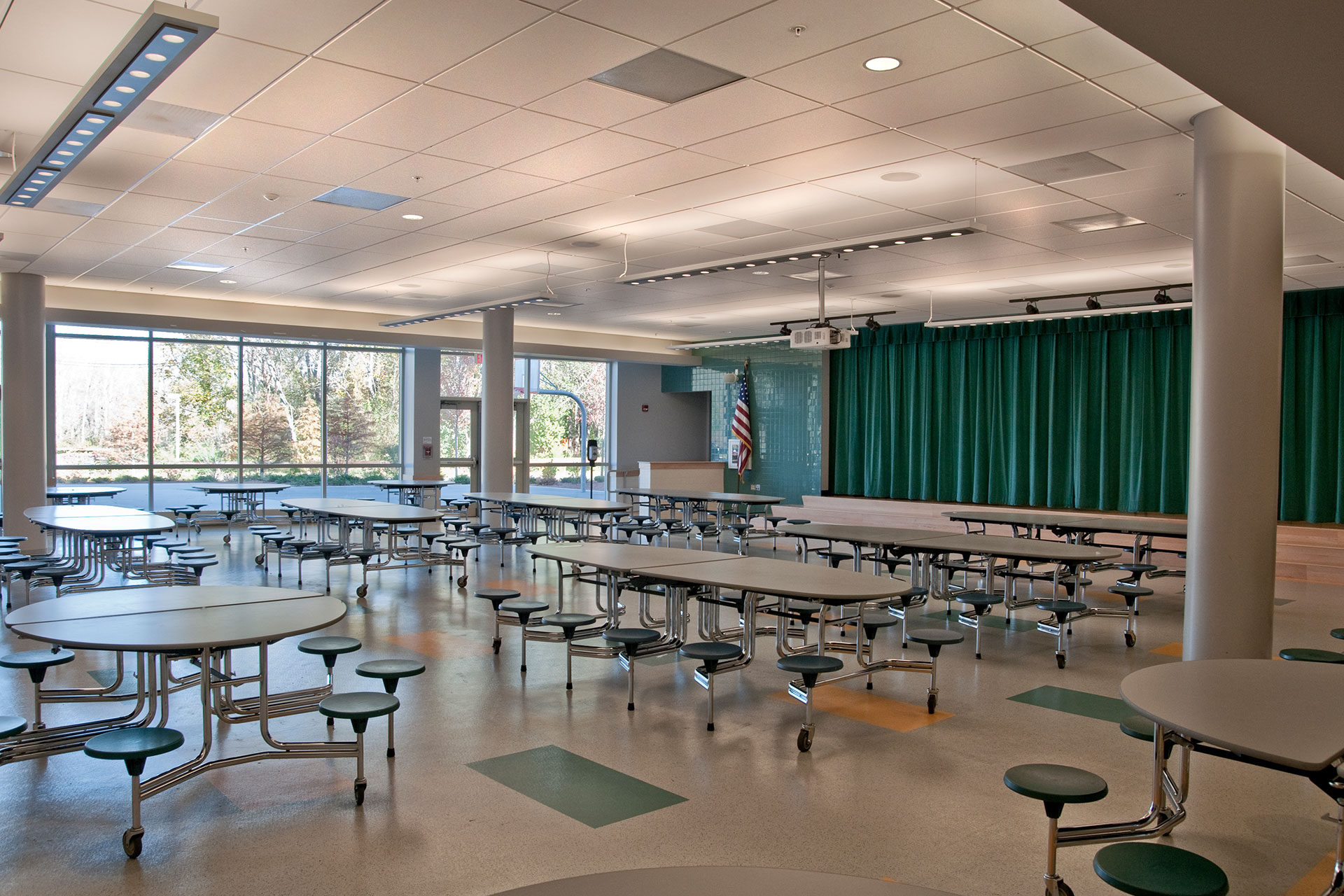 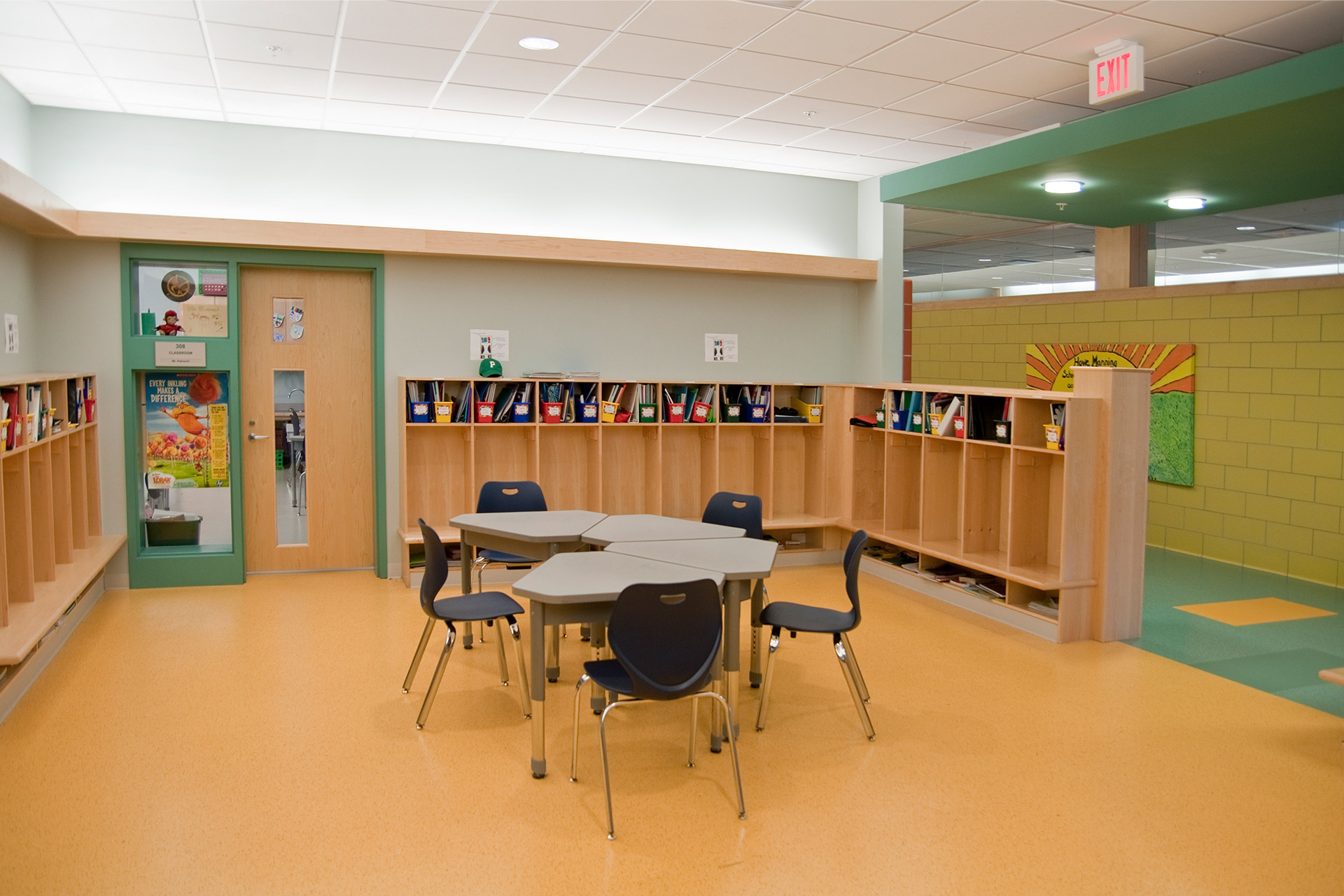 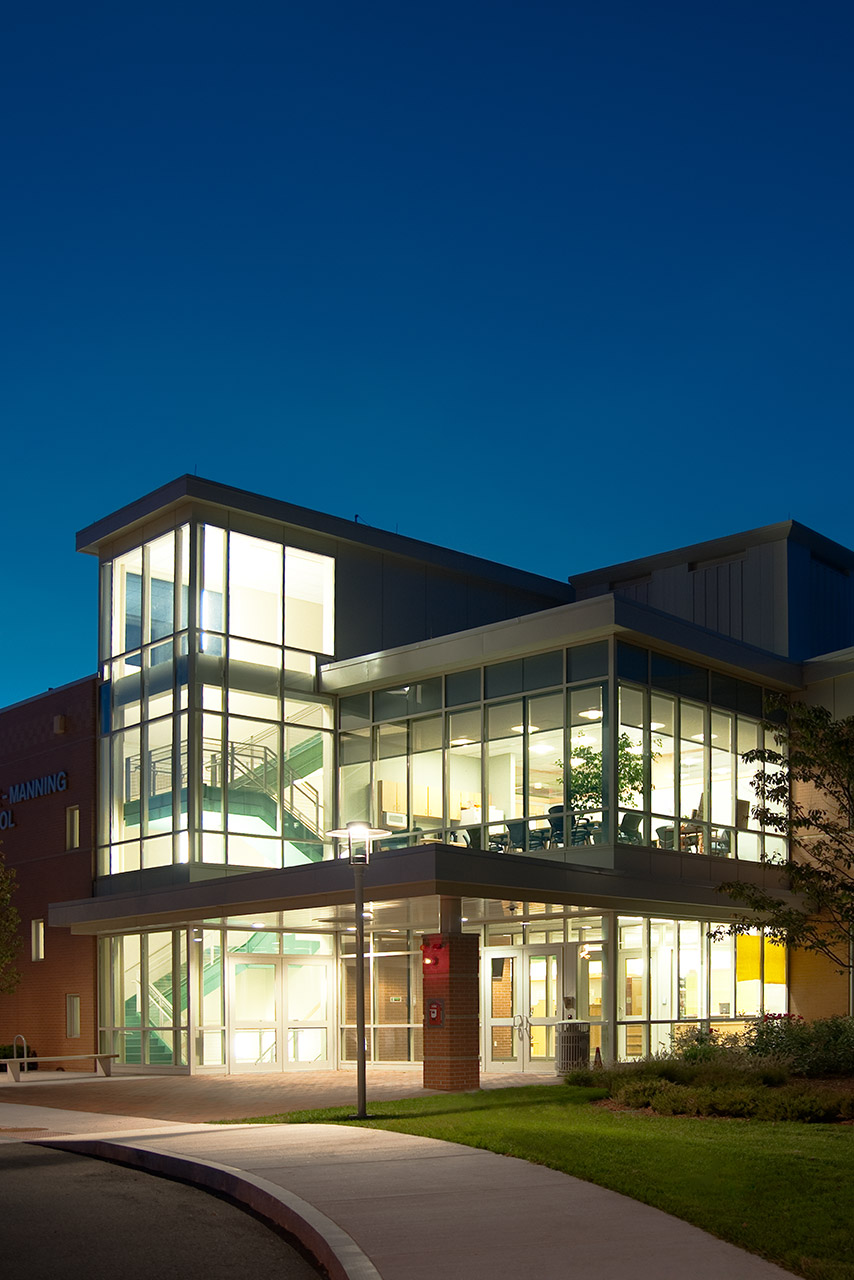 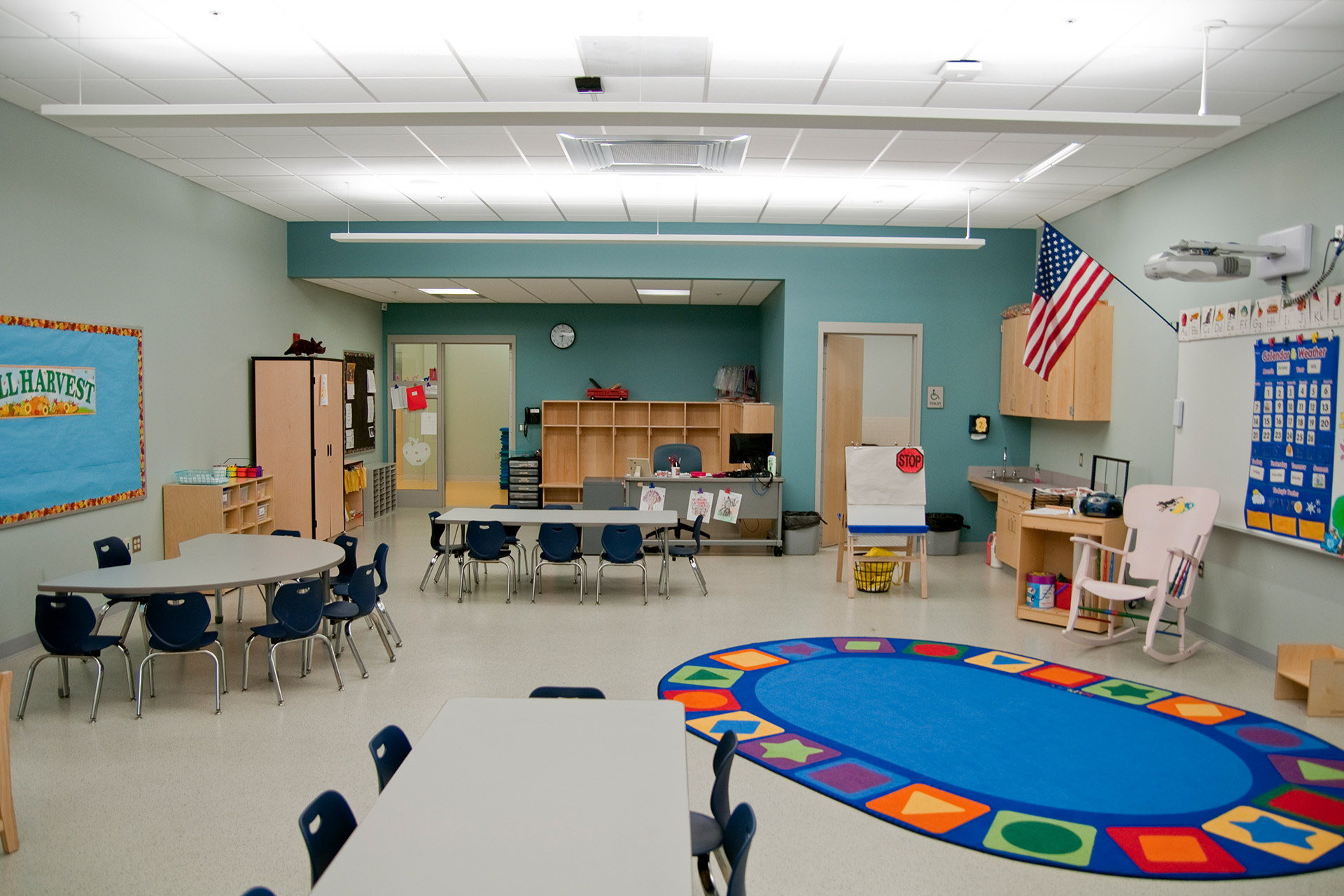 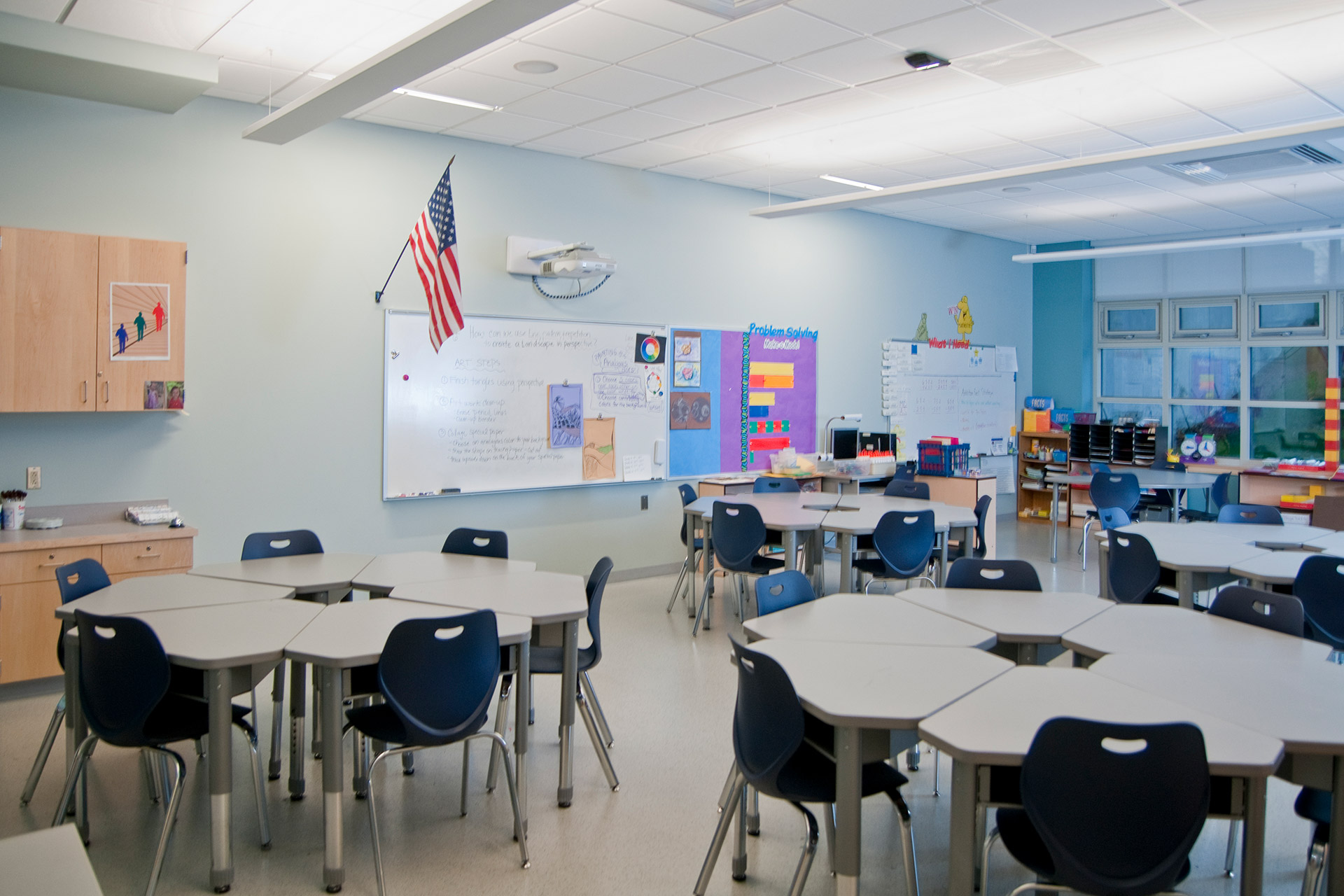 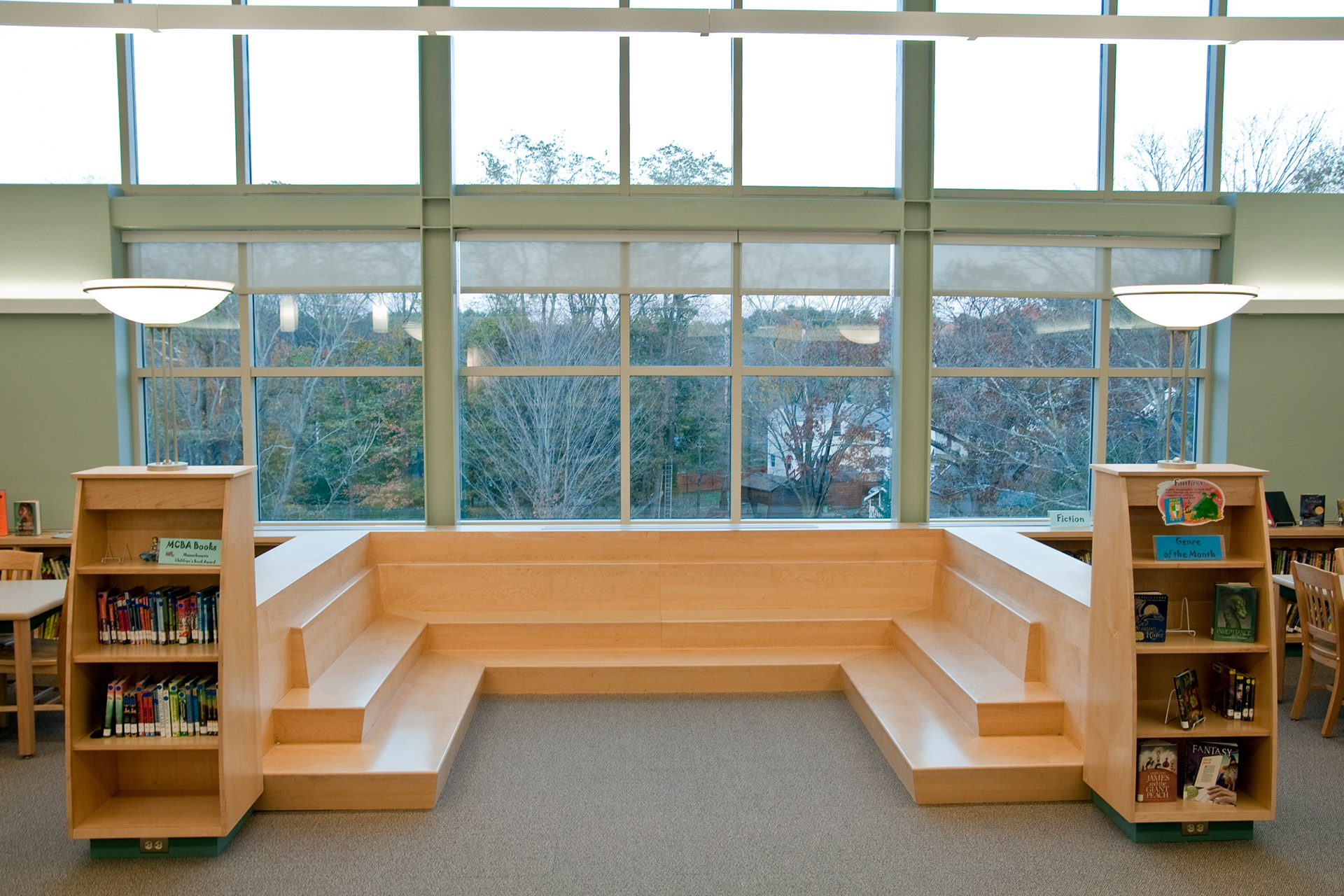 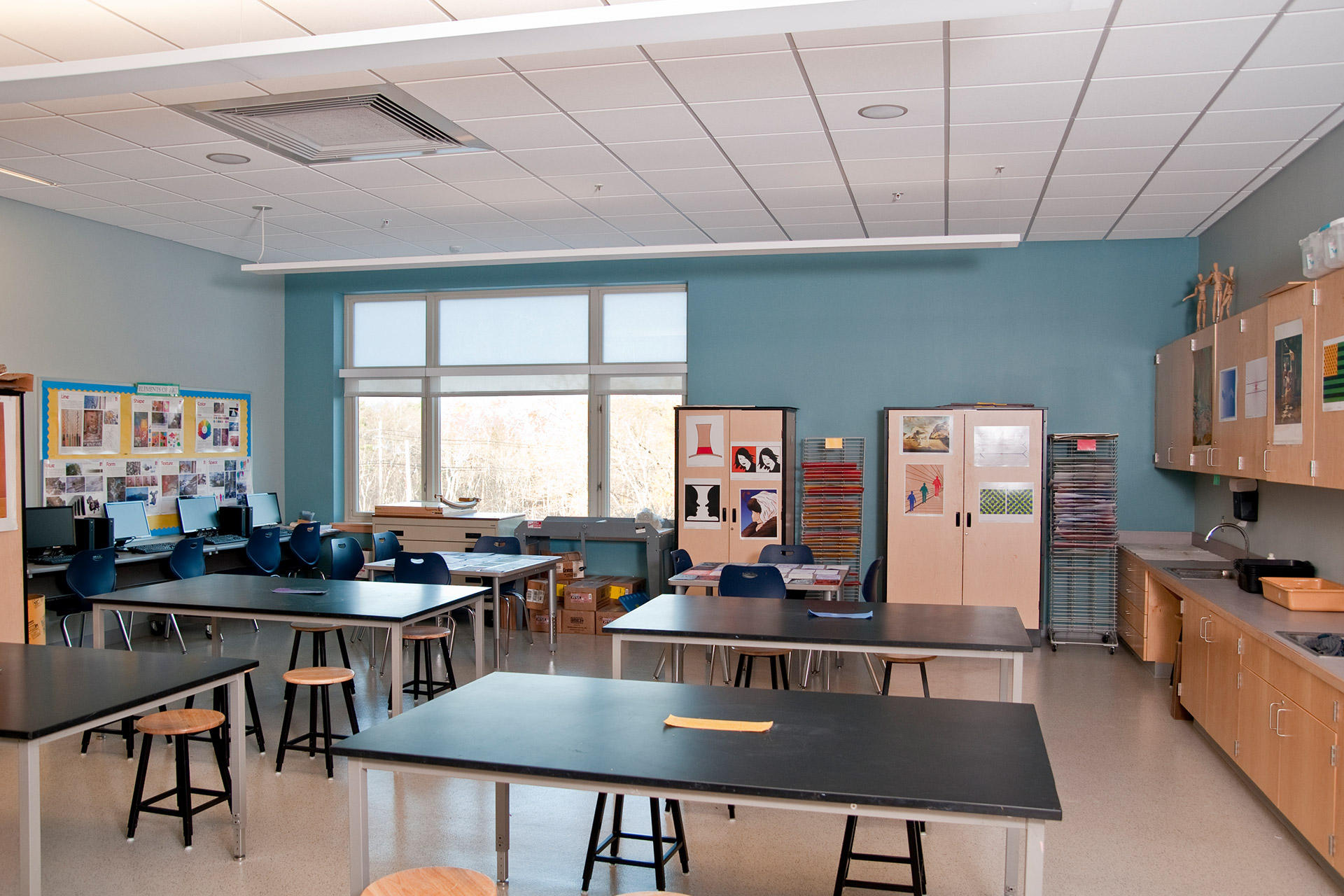 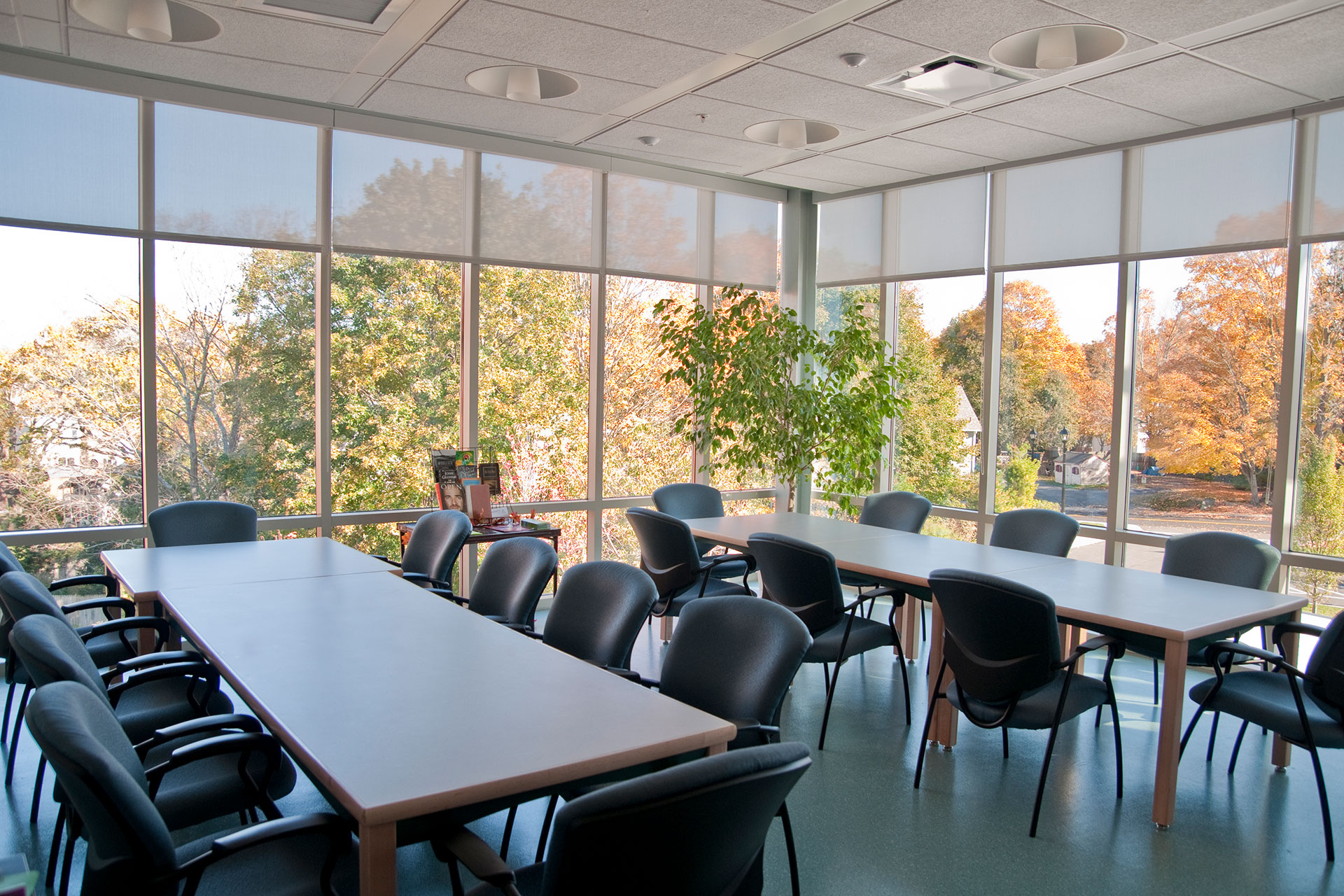 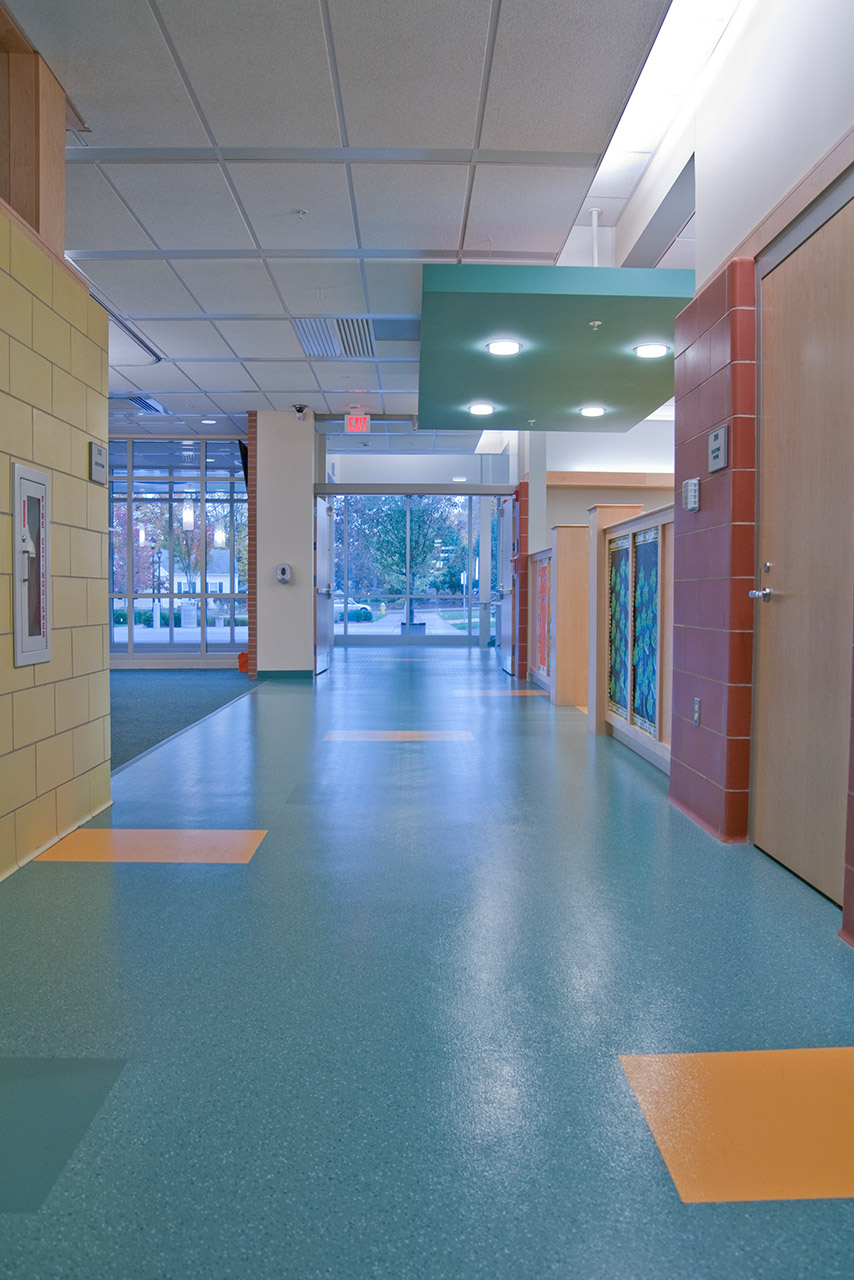 The new Howe-Manning School was built to alleviate overcrowding, directly behind the old building that was then demolished and replaced by a small park. During the construction of the new facility, the students remained in the old school, a mere 15 feet away at one corner.

The scale, texture, and massing of the new building reflects a notable civic building in a traditional style without overwhelming the existing contextual mix of small residential, retail, and office buildings. The building is carefully scaled, with traditional brick and window sizes that reflect activities within, and project an image that is dignified and friendly with a welcoming presence. The facility is also a MA-CHPS Green School.

The flexible design of the building enables the town to reconfigure the grade structure at any time, as needed. The gymnasium and cafetorium are open to the playground and fields for easy access for recess and congregation of students before or after school. They also open to the parking at the rear of the school, enabling after hour community use.